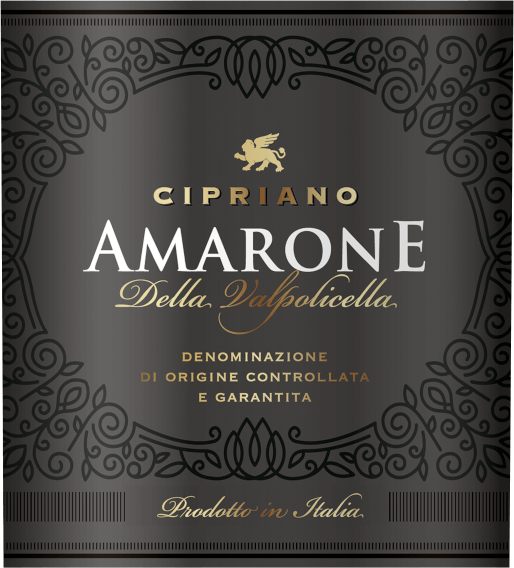 The edges also show a colour transition to garnet red. If one gives it some air by swivelling it, this red wine reveals a high density and fullness, which is shown in strong church windows at the edge of the glass. The first nose of the Amarone della Valpolicella shows nuances of raisins, fruit bread and dried fruit. The fruity components of the bouquet are joined by notes of barrel ageing such as cinnamon, cocoa bean and black tea.

The Amarone della Valpolicella from Cipriano di Venezia is ideal for all wine lovers who like it dry. However, it is never sparse or brittle, but round and smooth. This dense red wine is full of pressure and complexity on the palate. With its lively fruit acidity, the Amarone della Valpolicella is exceptionally fresh and lively on the palate. In the finish, this red wine from the Veneto wine growing region finally inspires with considerable length. There are again hints of plum and fruit bread.

Drink this red wine from Italy at a temperature of 15 - 18°C as an accompaniment to vegetable couscous with beef rissoles, boeuf bourguignon or chickpea curry.