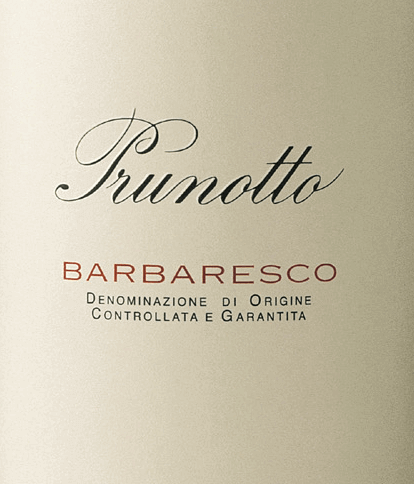 The Barbaresco DOCG from Prunotto shines intensely garnet red in the glass. Complex aromas of red fruits and spicy notes unfold on the nose. On the palate, the Barbaresco is round, velvety, of good structure and full body, with soft tannins. The finish is persistent, with a pleasant aftertaste.

Vinification of Barbaresco DOCG from Prunotto

The Nebbiolo grapes for this Barbaresco come from vineyards in Barbaresco and Treiso, the marl soils are fine, structured and rich in minerals, with deposits of manganese, zinc and boron. The perfectly ripened, healthy grapes are harvested manually and destemmed and pressed in the cellar. The maceration at controlled temperature lasts about 10 days, followed by malolactic fermentation, which is completed before the beginning of winter. The Barbaresco is then aged in oak barrels of different sizes for one year before being bottled and then stored in the bottle for almost another year.

This Barbaresco has a storage potential of 10 to 13 years.

Enjoy this tasty classic from Piedmont with meat dishes and medium-ripe and mature cheeses.
It is recommended to open the bottle about two hours before serving and to drink it at about 17°C.

Awards for the Barbaresco DOCG from Prunotto