Baron Philippe de Rothschild SA is one of the most prestigious family businesses in the international wine industry. The company has made a name for itself by exporting Bordeaux AOC wines, such as the famous Mouton Cadet. In addition to its headquarters in the small town of Pauillac near Bordeaux and several wineries in the west and south of France, the company is also active in Chile and the United States. Founded in 1933, the company is now managed by Baroness Philippine de Rothschild and produces top quality wines.

The Rothschilds have a long and eventful history: This name was already mentioned in documents around 1500. In the 19th century the Jewish family became famous and influential through their banking activities. Mayer Amschel Rothschild is considered the founder of the dynasty. Born in Frankfurt, he had several sons who became respected business people. However, the family was not only successful in the banking business, since the 19th and 20th century the name has also been linked to activities in the wine industry. When a member of the family bought Château Brane Mouton in 1853 and renamed it Mouton-Rothschild, a new tradition began: in 1922, at the age of 20, Baron Philippe took over the château and winery from his father Henri. In the 1930s, the Baron Philippe de Rothschild SA joint stock company was founded, which was managed by Philippe for many decades. 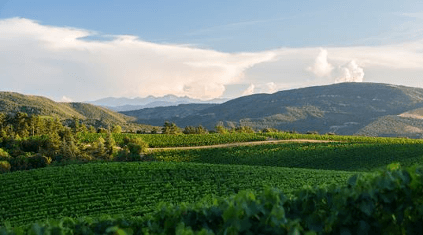 Due to several changes initiated by him, the company gained international fame and expanded. Factors in this were Philippe de Rothschild's innovative marketing strategies and striving for quality, such as the new bottling method: with the "Château bottling" (mise en bouteille au château) in 1924, he took a revolutionary step and initiated a change: Whereas wines were previously delivered in barrels, Rothschild now sent wines to wholesalers already bottled.
Another novelty, initiated by Baron Philippe, was the introduction of artist labels in the post-war period, which formed part of the market strategy. From 1945 onwards, Château Mouton-Rothschild was given a label that was always designed by a contemporary artist, including famous painters such as Miró, Dalí, Chagall, Picasso and Warhol. This marketing idea increased the demand for the wine and made it a sought-after luxury good.

Baron Philippe de Rothschild together with other wineries

In 1979, Rothschild began a joint project with wine entrepreneur Robert Mondavi from the Napa Valley in California. This collaboration resulted in the Opus One joint venture and the red wine of the same name.
Since the late 1970s, the daughter of Baron Philippine has been increasingly involved in the family business, for example, helping Mouton achieve international fame through a travelling exhibition. At the end of the 1980s, after the death of her father, she became the majority shareholder of the public limited company and inherited considerable assets and vineyards (Château Mouton Rothschild, Château d'Armailhac and Château Clerc Milon). Philippine continued the tradition of artist labels, broadened the product range, modernised the company and successfully marketed the range both domestically and abroad. In 1997, a cooperation with the Chilean wine producer Concha y Toro began which has lasted until now. The Franco-Chilean wine Almaviva is produced. 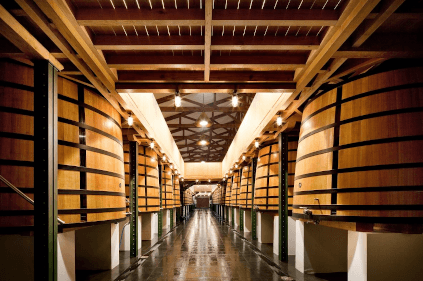 Today the company's wineries include

Rothschild is also at home in many countries

For its projects in Chile and the USA, Rothschild SA relies on local partners who know the market. From its headquarters in Pauillac near Bordeaux, the company manages its European operations and its contacts in Africa and the Middle East. The public limited company is also the world's leading exporter of Bordeaux AOC wines. This is also due to its wide network of agents and partners. 80% of the goods are shipped abroad. The most important customers come from the USA, France, Great Britain, Germany, Canada and Belgium. 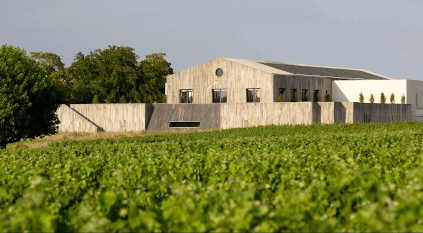