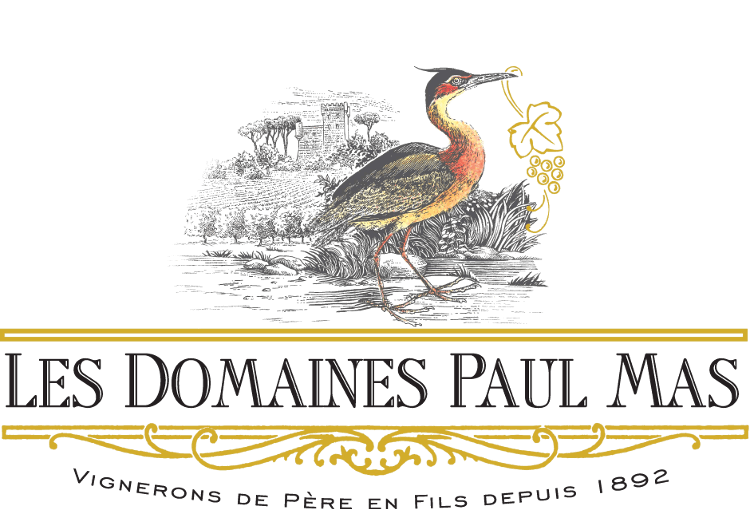 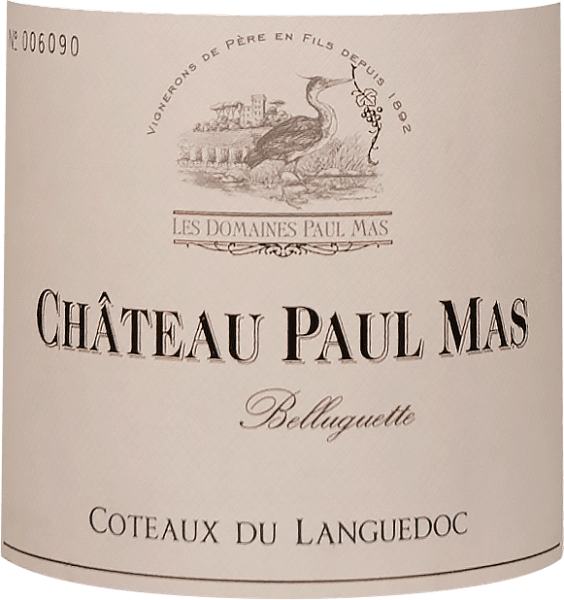 The powerful Belluguette Languedoc by Château Paul Mas comes into the glass with a dense light yellow colour. This French cuvée presents wonderfully expressive notes of grapefruit, orange, kumquats and grapefruit in the glass. This is joined by notes of cinnamon, black tea and cocoa bean.

This dry white wine by Château Paul Mas is something for wine drinkers who like it absolutely dry. The Belluguette Languedoc comes very close to this, having been produced with just 2 grams of residual sugar. On the tongue, this powerful white wine is characterised by an incredibly dense and silky texture. The Belluguette Languedoc presents itself fantastically fresh and lively on the palate due to its vital fruit acidity. In the finish, this white wine from the wine-growing region of the Languedoc finally inspires with good length. Once again there are hints of pink grapefruit and grapefruit. In the aftertaste, mineral notes from the gravel-dominated soil are added.

Grenache Blanc, Roussanne, Vermentino and Viognier grapes are the basis for Château Paul Mas's first-class and wonderfully powerful Cuvée Belluguette Languedoc. In Languedoc, the vines that produce the grapes for this wine grow on gravel soils. After the grape harvest, the grapes reach the winery by the quickest route. Here they are sorted and carefully ground. Fermentation follows in large wood at controlled temperatures. The fermentation is followed by a maturation for a few months in French and American oak barrels.

Recommended food for the Belluguette Languedoc by Château Paul Mas

This French wine is best enjoyed well chilled at 8 - 10°C. It goes perfectly with leek soup, omelette with salmon and fennel or chickpea curry.