On the river Ebro, near the small town of Haro, lies the Bodegas Roda. The estate was founded in 1987 and sees itself as part of a new wave of winegrowers who started this craft in the 1980s. 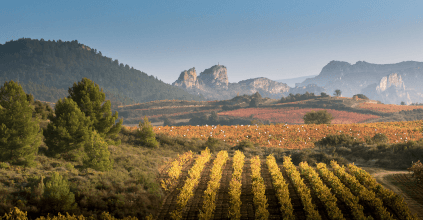 Bodegas Roda - Something new from the Rioja

Mario Rotllant and Carmen Daurella were part of this movement when they built up Roda. The manor house was built on a calado, a stone tunnel. At the time of the phylloxera plague, the French "discovered" that Spain was largely spared from the pest and had their wines produced there.

The barrels were stored in the calados before being transported to France, in order to keep them nice and cool and dark. Roda's team carefully planned the building, so that after construction began, 10 years would pass before the last stone was laid. 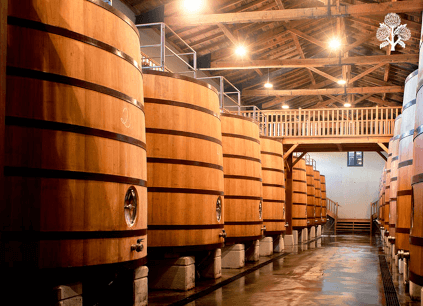 Roda is dedicated to Rioja, so it is no surprise that the typical varieties are at the top of the list:

The vines are comparatively old, which reduces the yield but improves the quality of the grapes. The plants are grown in bushes instead of trellises, a traditional cultivation in Rioja.

This method requires manual harvesting, as machines cannot harvest the plants. Synthetic pesticides are not used in order not to cause lasting damage to nature. The grape is seen here as a living reflection of the land, which must be treated with the utmost care. 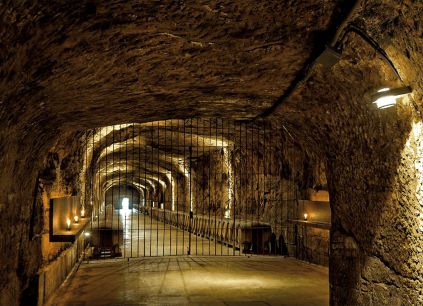 At the Roda Winery there is no little thing left out

Already during the planning stage, the details of the cellar of Roda were meticulously thought through. Thus, the number of tanks was precisely matched to the number of plots and vintages that were to be processed. They are made of French oak, unlike the usual steel tanks, and have a temperature control and pumping system.

After the first fermentation, the wines undergo malolactic fermentation, which interestingly enough takes place in barriques. After years of experimentation, Roda has discovered this process as its best version. The barrels are stored in a "bioclimatic room", a concept of a completely temperature-controlled depot.

Finally, the wines are put back into barriques for aging and are stored in one of the two cellars for aging, which were driven out of the rock during construction for this purpose.

Research for the future

Today, Roda continues to be active in research and supports scientific projects to promote viticulture and agriculture in general. In these projects, for example, research is carried out into the production of low-sulphur, high-quality wines, or the breeding of grape varieties adapted to climate change.