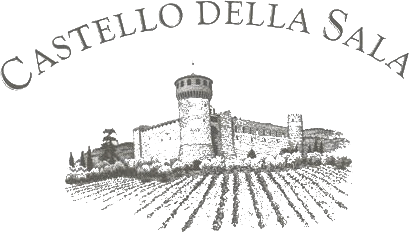 The Bramìto Umbria IGT from Castello della Sala appears in a light straw yellow in the glass. The nose is dominated by aromas of white flowers, followed by delicate hints of citrus fruits and very delicate vanilla notes in the background. On the palate crisp, fresh, full-bodied, creamy soft, pleasantly dry and of good structure, it rolls tastefully over the tongue. The finish is characterized by balance, pleasing minerality and fullness in the aftertaste.

This white wine is produced in the vineyards of the old Castello della Sala fortress. The Chardonnay grape finds a special terroir here on the sandy sedimentary soils containing limestone and clay, which lends the wine distinct minerality and elegance. Bramìto was first produced in 1994. It is also described as the little brother of Cervaro della Sala.

Awards for the Bramìto Umbria IGT from Castello della Sala