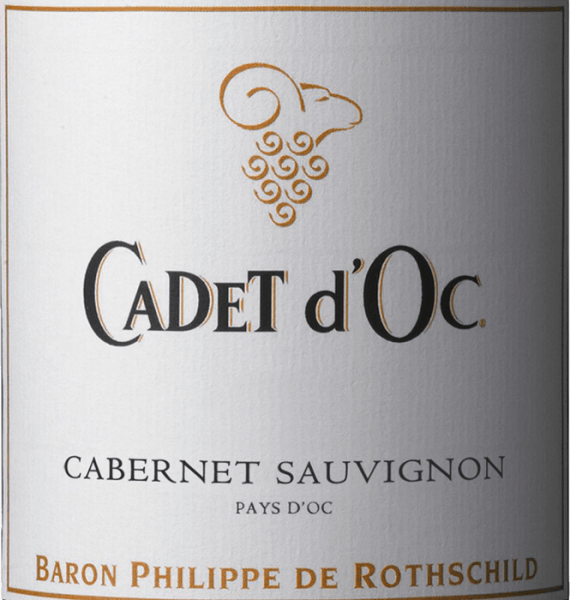 The Cadet d'Oc Cabernet Sauvignon from the pen of Baron Phillippe de Rothschild from the Languedoc presents a bright purple-red colour in the glass. This varietal French wine reveals in the glass wonderfully expressive notes of plums, morello cherries, plums and black cherries. These are joined by hints of cinnamon, vanilla and dark chocolate.

Baron Phillippe de Rothschild's Cadet d'Oc Cabernet Sauvignon is the right wine for all wine enthusiasts who like as little residual sugar in their wine as possible. However, it is never sparse or brittle, as you would expect from a wine at a higher price. This light red wine presents itself balanced and multi-layered on the palate. With its lively fruit acidity, the Cadet d'Oc Cabernet Sauvignon is wonderfully fresh and lively on the palate. The finale of this well-ageing red wine from the Languedoc wine-growing region finally convinces with a remarkable aftertaste.

This balanced red wine from France is made from the Cabernet Sauvignon grape variety. After the manual harvest, the grapes reach the press house as quickly as possible. Here they are sorted and carefully broken up. Fermentation then takes place at controlled temperatures.

as an accompaniment to spaghetti with caper-tomato sauce, duck breast with mangetout or veal escalope with beans and tomatoes.