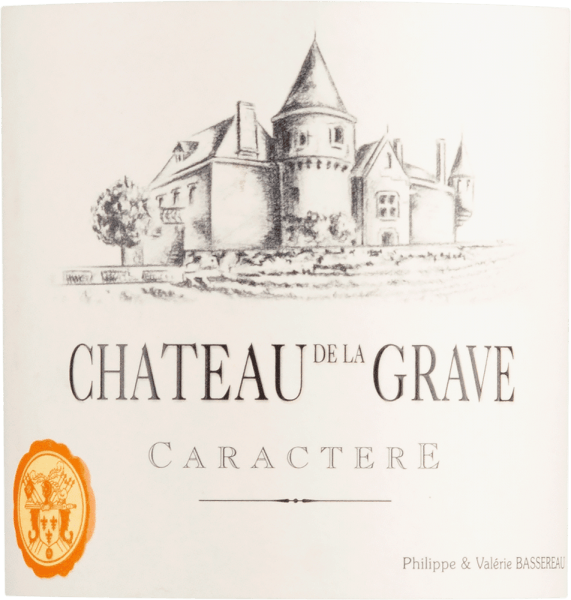 The Caractere, penned by Château de la Grave from Bordeaux, shows a dense purple-red colour in the wine glass. Ideally poured into a red wine glass, this red wine from the Old World offers wonderfully expressive aromas of blueberry, blackcurrant, blackberry and mulberry, rounded off by cocoa bean, oriental spices and cinnamon, which the barrel ageing contributes.

This dry red wine by Château de la Grave is for wine lovers who like it absolutely dry. Powerful and complex, this dense red wine presents itself on the palate. The finale of this well-aged red wine from the Bordeaux wine region, more precisely from Cotes de Bourg, finally captivates with a good aftertaste. The finish is also accompanied by mineral facets of the soil dominated by clay and limestone.

The powerful Caractere from France is a cuvée made from the Cabernet Sauvignon and Merlot grape varieties. The grapes grow under optimal conditions in Bordeaux. The vines here dig their roots deep into soils of clay and limestone. After the harvest, the grapes are immediately taken to the press house. Here they are sorted and carefully ground. They are then fermented in concrete at controlled temperatures. The fermentation is followed by a 12-month aging in oak barriques.

Experience this red wine from France ideally tempered at 15 - 18°C as an accompaniment to leek tortilla, goose breast with ginger-red cabbage and marjoram or cabbage roulades.