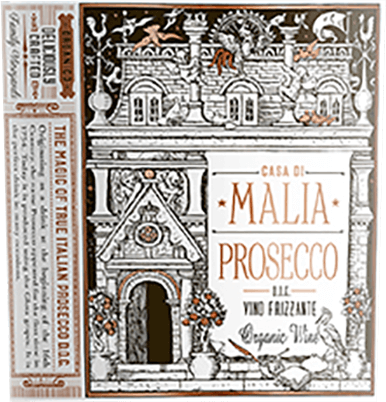 With the CVCB Casa di Malia Prosecco Frizzante, a first-class Prosecco Frizzante comes to the glass. It shows a wonderfully brilliant platinum yellow colour. The nose of the Prosecco Frizzante from Veneto convinces with aromas of violet, lime, pear and lavender, and it is precisely its fruity character that makes this wine so special.

This elegant Prosecco Frizzante from Italy is made from the Glera grape variety. After the grape harvest, the grapes reach the press house as quickly as possible. Here they are sorted and carefully ground. Fermentation then takes place in stainless steel tanks at controlled temperatures. The fermentation is followed by a maturation on fine yeast for several months before the wine is finally bottled.

Enjoy this Prosecco Frizzante from Italy ideally very well chilled at 5 - 7°C as an accompanying wine to almond milk jelly with lychees, fruity endive salad or spaghetti with yoghurt-mint pesto. 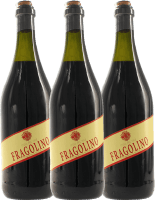