Château Lagrange is a Troisième Grand Cru Classé winery, the third level of the Bordelais classification. Located near Saint-Julien, it has been part of the Suntory wine group since 1983. The estate was being advised by oenologist Jacques Boissenot and currently, his son Eric.

Château Lagrange - Bordeaux at its best

Wine was already being grown here in Roman times and in the Middle Ages. There are fragmentary sources to the Templars, who owned two wineries in the area and merged them to form the predecessor of the present château. The golden age of the estate, however, did not begin until 1790 with Jean-Valère Cabarrus, an influential merchant who inverted in Lagrange and at the same time opened up a large distribution network for it. 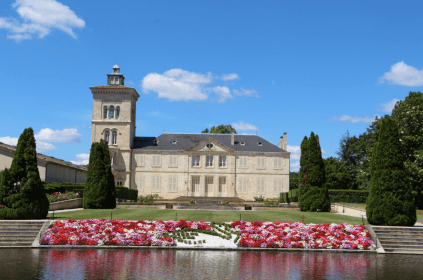 It was also he who had the iconic Tuscan-style tower added to the castle. Thomas Jefferson, one of the founding fathers of the USA, travelled to France in 1785 and raved by Château Lagrange. In 1855 the Bordeaux Grand Cru classification was introduced, with Lagrange being awarded the 3rd degree. The owner at the time, Count Duchâtel and his wife, had ensured high quality from the time of acquisition in 1842, using modern vinification methods at the time and expanding the country.

The acquisition by Suntory in 1983 triggered a wave of modernisation of the estate, which included the overhaul of the cellar and the complete restoration of the château. The wine-growing itself has been made more environmentally friendly, so that today Lagrange has become a modern, competitive winery that fully complies with its classification.

Everything in one place

The vineyards extend in one block around the château and are thus located exclusively in the Saint-Julien appellation. The soils are clayey with a high proportion of sand and iron, on which a layer of gravel rests. The land is flat due to its location by the sea, and the castle stands at 24 metres above sea level on the highest point.

The total area is 182 hectares of which 118 are planted with vines. The classic grape varieties Merlot, Cabernet Sauvignon and Petit Verdot are cultivated, which produce the four wines of the house. These are

The grapes are read exclusively by hand and many measures are taken to make the cultivation as environmentally friendly as possible. 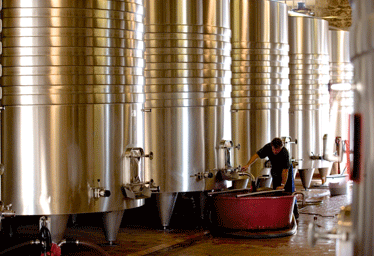 The ageing is first carried out in temperature-controlled stainless steel tanks for a period of 16 - 28 days, depending on the wine's evolution. Maturation then takes place in French oak barriques, 60% of which are made of new wood.  At 15°C, the wines now mature for 20 months until they are ready for the connoisseur.

The wines of Château Lagrange regularly win prizes. They have already convinced the wine critic Robert Parker, who regularly awards points above the 91 mark.