Gabriel Farnet, the grandfather of the current owners, acquired the Château Minuty in 1936. 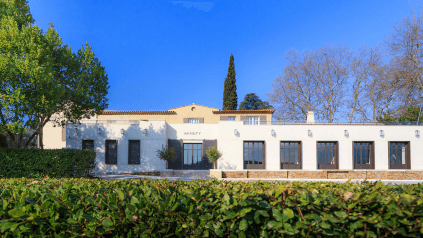 Château Minuty - Wine growing above the bay of Saint Tropez

During the reign of Napoleon III, this Château Minuty had been the jewel of the Germondi family who built it on the peninsula between Calvaire and the Gulf of Saint-Tropez. Gabriel Farnet planted new vineyards, built his own winery, restored Château Minuty to its former glory and established the estate's excellent reputation. Today, some of the villas and hotels along the Côte d'Azur are still proud to own some of Château Minuty's early pot-bellied Burgundy bottles. 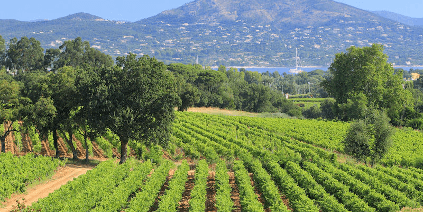 Provençal viticulture from Carignan to Grenache

When Farnet's daughter Monique and her husband Etienne Matton took over the winery, they planted traditional Provençal grape varieties, paid attention to consistent yield reduction and high quality, and continued to build on the good reputation of Château Minuty wines.

Today, the future of the winery is safely in the hands of brothers Jean-Etienne and François Matton. They replaced the Carignan and Ugni-blanc vines mainly with Grenache and Rolle, modernized the winery and now focus on lean, fresh, elegant rosé wines that are both youthful and sophisticated.

Château Minuty grows the following grape varieties, among others: