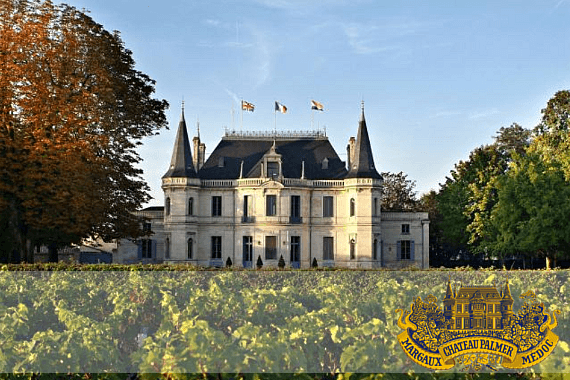 Château Palmer is one of the most renowned wineries in the Bordelaise region. Since the beginning of French wine classification in 1855, the winery has been classified as Troisième Grand Cru Classé, the third best classification level. The vineyards of Château Palmer cover over 55 hectares and are spread out over the hills of Cantenac. The largest portion of the parcels is situated on a plateau with scanty, flint soil from the Gunzian glaciation and lie on the highest points of the peaks within the appellation Margaux.

No results were found for the filter!
VINELLO
Hello from VINELLO!
Welcome at our shop! Outside our opening hours it might take a little bit longer until we answer your inquiry.