Since the beginning of the 20th century, the family-owned winery Georg Breuer, which is known under the management of Bernhard Breuer and Hermann Schmoranz, has been one of the top wine producers from the Rheingau region. 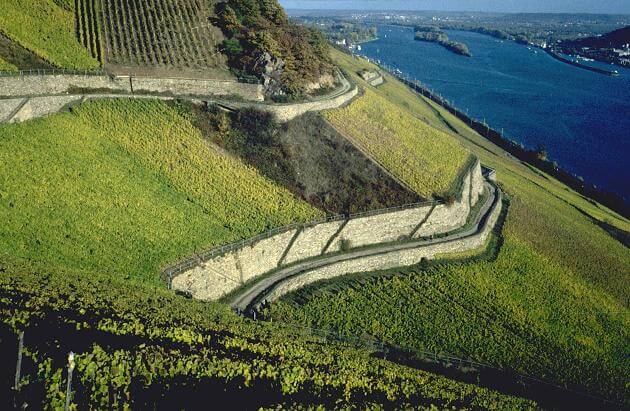 Especially the top locations Rüdesheimer Schloßberg and the monopoly location Nonnenberg are among the best the Rheingau has to offer. Georg Breuer consistently produces the highest quality, as its own standards set and continue to set standards for the region. 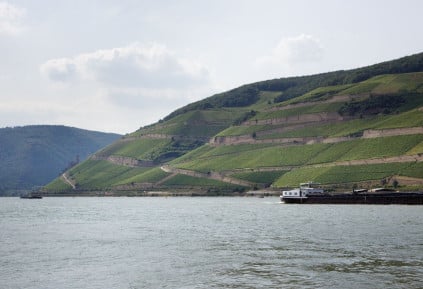 The traditional winery Georg Breuer from Rüdesheim in the Rheingau is considered by experts and wine connoisseurs to be a paradise for the locally typical Riesling grape variety. Since the beginning of the 20th century, the Breuer family has been vinifying this noble grape on the steep slopes of the Rhine. It was particularly thanks to the Riesling icon Bernhard Breuer that the winery was able to join the ranks of Germany's top winegrowers. After a tragic stroke of fate, his daughter Theresa Breuer took over the management of the Georg Breuer winery and proves that sustainable cultivation and traditional methods are still used to make one of the best Riesling wines in Germany.

Its reputation, which extends beyond the state borders, is primarily based on the prime locations around Rüdesheim and Rauenthal. The area under cultivation covers some 40 hectares, 62% of which are steep slopes. And the names of the sites, on which the balanced wines with noticeable terroir originate from the Georg Breuer Winery, read like the who is who of the top sites, as taught at the nearby Geisenheim Wine School. Berg Schlossberg, Berg Roseneck, Berg Rottland and Nonnenberg near Rauenthal - Berg stands for steep slope - offer wines of world class, confirmed by experts à la Falstaff, Gault & Millau and Robert Parker. 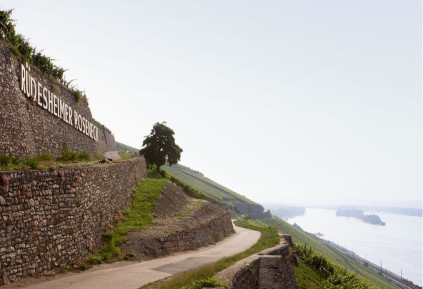 History of the Georg Breuer Winery

But a top vineyard would not be a top vineyard if it were not for passionate people who indulge in the winemaking trade and for whom only the highest possible quality is good enough. Although the history of the Georg Breuer Winery begins years earlier, it was at the end of the 1970s that the brothers Bernhard and Heinrich Breuer took over their parents' estate and led it to international recognition. With the acquisition of the best sites and as a leading force in the quest for the top quality from the Rheingau known today, Bernhard Breuer has established himself as an absolute legend. It is therefore all the more tragic that the winemaker, who was bursting with his own ideas and projects, died suddenly in 2004.

As a result, the trio of Theresa Breuer, operations manager Hermann Schmoranz and winemaker Markus Lundén came together to keep the winery and Bernhard Breuer's legacy alive. With success. As a driving force, Theresa Breuer has expanded the winery and sharpened the focus on the vineyard. As a result, the already natural and sustainable winery has been certified with the Fair and Green seal. Low yields of 45 hl/ha, seasonal greening and biological diversity instead of monoculture are just some of the guiding principles that are applied in the vineyard. Sustainability is the way, best possible ripeness of juicy grapes the result.

If you are wondering what the Georg Breuer Winery likes, you only have to taste the wines. Because where Georg Breuer is written on the label, the winery's high quality standards are also in it. The wines not only reflect the special terroir on the Rhine River near Rüdesheim, but also create a balance of sweetness, acidity, maturity and aroma. To achieve this, the following grape varieties are used on the approximately 40 hectares of vineyard area: 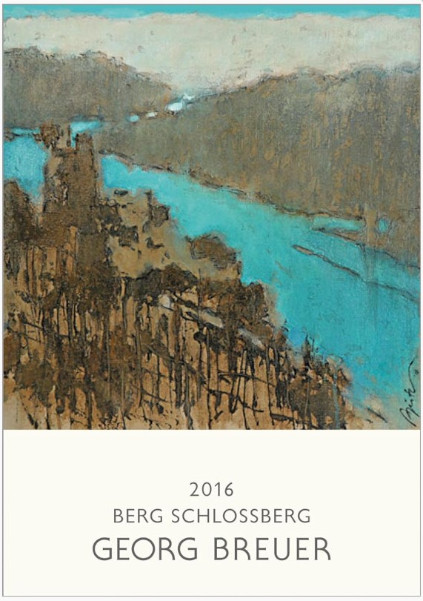 The Riesling is the clear number 1 in the Rheingau and with Georg Breuer and shows itself to be extremely elegant and intense. The Georg Breuer Riesling is available in several classifications. Above all the top sites Berg Schlossberg, Berg Roseneck, Berg Rottland and Nonnenberg know how to attract with their individual character and longevity. The strict selection for the top sites leads to Terra Montosa, a cuvée from the second batch of the top sites. The Charm Riesling - the popular and best-selling wine from Georg Breuer - is smooth and light. The steep slate and quartzite soils show their minerality in a lush way in the Estate Rüdesheim wine. The portfolio is rounded off by a whole range of Burgundy varieties matured in wooden barrels, which come in white, red and rosé.