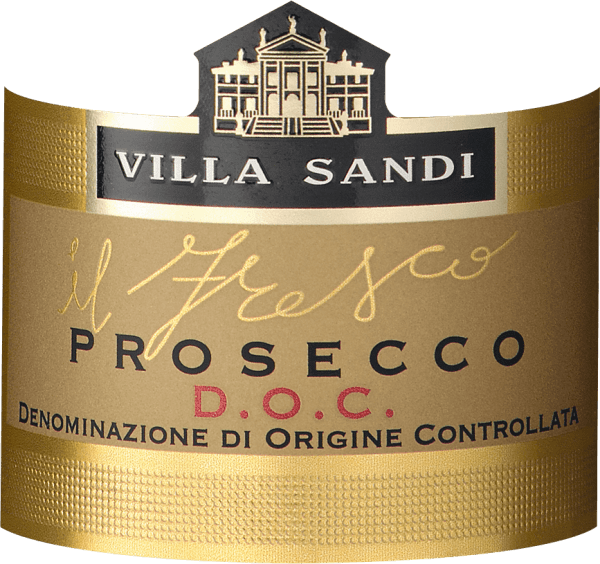 Villa Sandi's il Fresco Prosecco Spumante DOC Brut has been voted Prosecco of the Year several times (Weinwirtschaft - Meininger Verlag). It is and remains a truly outstanding, crisp and fruity recommendation! "Great grape cinema" writes the GQ magazine. The Prosecco il freso is the right prosecco for the next family celebration, the correct aperitif for an appropriate wine tasting or simply a nice meal. One of VINELLO's best sellers of Prosecco.

It has a straw-yellow colour with an extremely subtle, fine and silky perlage and a long-lasting, fresh mousse. Il Fresco means "The Freshness"! The nose and palate reveal aromas of fresh Granny Smith apples and Williams pears as well as cantaloupe melon. In the mouth it appears fresh and sparkling and knows how to convince with its perfect sweetness and acidity. Simply a grandiose, perfectly produced Prosecco-Spumante, which cuts a fine figure as an aperitif as well as an accompaniment to light meals.

Ten times in a row, Villa Sandi's Il Fresco was awarded the Prosecco of the Year by the magazine "Weinwirtschaft".