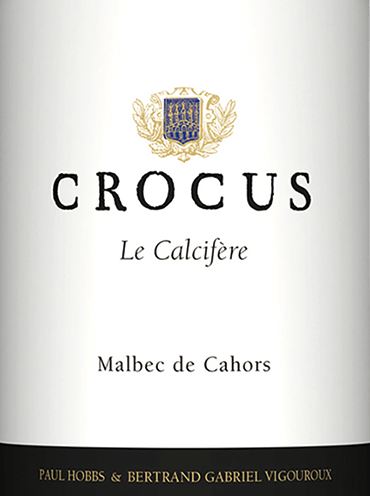 With the Crocus Le Calcifère Malbec Cahors, a first-class red wine comes to the glass. In this it offers a wonderfully dense, purple-red colour. With a little bit of lateral position, the red wine glass reveals a charming garnet red tone at the edges. If you give it some air in the wine glass by swivelling it, this red wine reveals a high density and fullness, which can be seen in church windows at the edge of the glass. Ideally poured into a red wine glass, this red wine from the Old World presents wonderfully expressive aromas of blackcurrant, plum, plum and mulberry, rounded off by black tea, vanilla and cocoa bean, which the barrel ageing contributes.

Le Calcifère Malbec Cahors by Crocus is just the thing for all wine lovers who like as little residual sweetness in the wine as possible. However, it is never sparse or brittle, as is appropriate for a wine of this reputation. On the tongue, this powerful red wine is characterised by an incredibly velvety texture. With its balanced fruit acidity, Le Calcifère Malbec Cahors flatters the palate with a pleasing sensation without sacrificing its juicy liveliness. The finale of this red wine from the Sud-Ouest wine-growing region, more precisely from Cahors, finally convinces with a remarkable aftertaste.

The powerful Le Calcifère Malbec Cahors from France is a pure wine, vinified from the grape variety Malbec. Obviously, Le Calcifère Malbec Cahors is also determined by more than just the Cahors soil. This Frenchman can literally be described as a wine of the Old World, which is exceptionally impressive. After the manual harvest, the grapes reach the press house as quickly as possible. Here they are sorted and carefully broken up. Fermentation then takes place in stainless steel tanks and small wooden tanks at controlled temperatures. The vinification is followed by a maturation of 18 months in French oak barrels.

Enjoy this red wine from France ideally tempered at 15 - 18°C as an accompaniment to lamb stew with chickpeas and dried figs, spicy curry with lamb or stuffed peppers.

This wine from Cahors does not only convince us, but also renowned wine journalists have awarded it 90 points and more. Among the evaluations are