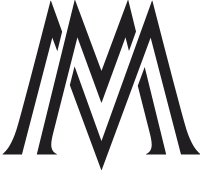 Mont Marcal - in the heart of cava

The Mont Marçal Vinícola winery was founded in 1975 by Manuel Sancho, who, after many years of involvement in the world of music, focused his activity on a new art: the world of wine and cava. In 2015, Mont Marçal became part of the Bardinet group. The new management has managed to combine the philosophy of the original winery with the restless spirit of the new generations, adapting it to current market needs in all areas. Mont Marçal produces quality wines with the Penedès, Catalunya and Cava designations of origin.

The original farmhouse near the winery dates back to the 14th century and is located in the heart of Penedes, 220 metres above sea level. It has a basilica floor and uses brick, which can be seen in the window frames and the dividing lines between the floors, giving it a unique identity. At the end of the 19th century it was converted into a convent of Carmelite nuns, preserving the charm of the original structure. Today it is once again part of the winery.

The wines of Mont Marçal

The winery has 40 hectares of its own vineyards, composed of native varieties such as Macabeo, Xarel-lo, Parellada and Tempranillo, as well as other perfectly adapted varieties such as Chardonnay, Syrah, Merlot and Cabernet Sauvignon.

To achieve the current production volume, Mont Marçal collaborates with other Penedès farms.

Technology at its best at Mont Marçal

In order to optimise the production in all its phases and the final quality of the products, Mont Marçal has the most modern technologies.

3 wines and 4 cavas are produced today at Mont Marcal. The wines are regular guests of great wine critics such as Robert Parker or at competitions such as the International Wine Challenge or the Concours Mondial de Bruxelles.