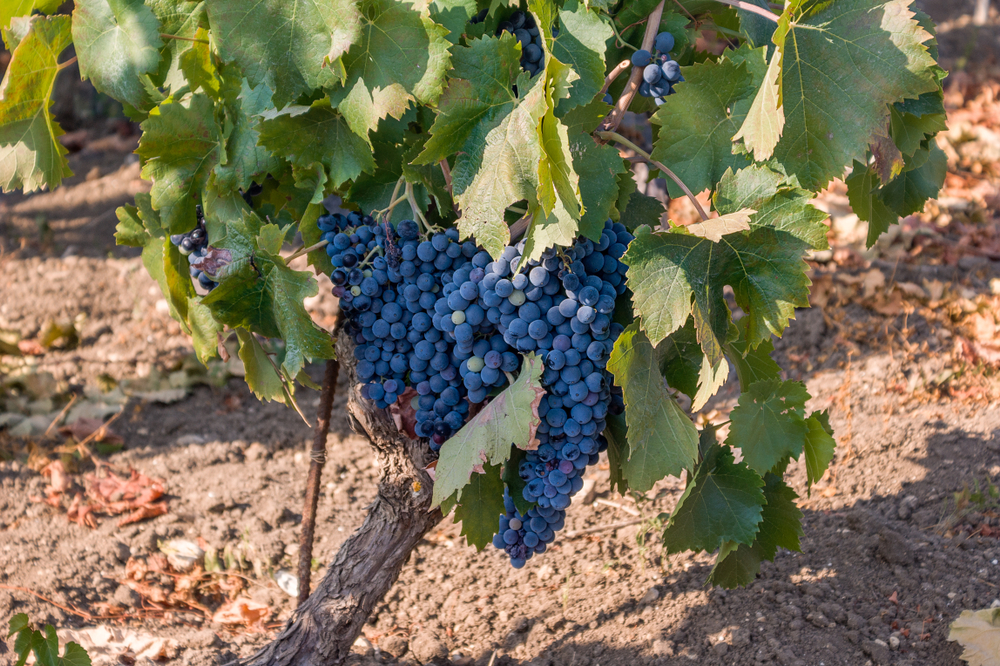 Nero d'Avola, the traditional red grape variety from Sicily, which is appreciated all over the world today, develops into a complex red wine under the influence of warmth and Mediterranean winds. Dark ruby red, almost black as the grapes suggest, makes up the well-structured body, which knows how to convince with a pleasant acidity and hearty fruit. Formerly a blending wine, today a high-quality and award-winning premium wine - Nero d'Avola is considered Sicily's most successful export, alongside almonds, olive oil and the sweet Marsala dessert wine. Join us on a journey to discover ancient cities, Sicilian princes and the Black of Avola.

Nero d'Avola wine is by far the most cultivated grape variety in Sicily. It is a wine with a strong fruit, a smooth structure and a deep red colour. Because of these facets, the Nero d'Avola served as a blend wine for a long time and even found its way to France. With the Sicilian grape Merlot, Cabernet Sauvignon, Shiraz and locally also Frappato found a colourful and fruity partner. In 1990 Sicilian winegrowers created a trend with a new understanding and pure Nero d'Avola red wines. The red wine from the black and concentrated grapes is internationally in demand and has already won many prize. Of course, the winegrowers were from then on involved in the cultivation of Nero d'Avola, also known as Calabrese or principe Siciliano. The latter indicates the high value of the red grape variety, since the variety is locally called the Sicilian Prince, principe Siciliano. 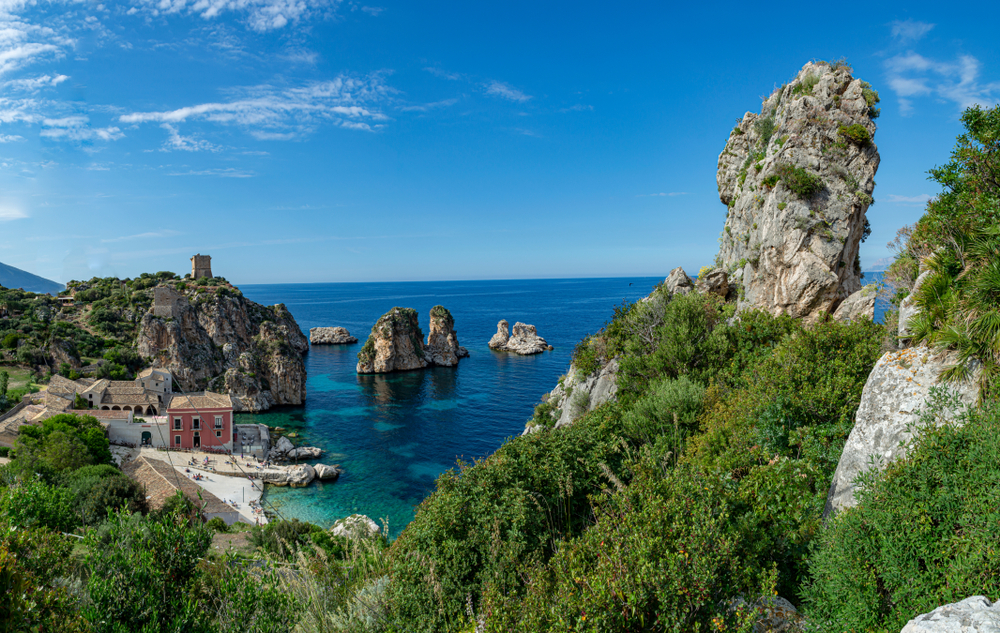 A Nero d'Avola is a complex red wine, round and soft, which is mainly accentuated by its ruby red and dark colour. The good structure and the lively fruit explain the popularity of the Italian grape variety. The palate is enveloped by fruity hints of blackberry, cherry and plum, with notes of jam, liquorice and even leather. Ideally, chocolate and Mediterranean spice can also be discovered in the full body. The Nero d'Avola is always fruity, especially when the red wine has been aged in steel tanks. The ageing of the wood, on the other hand, makes the wine more hearty - popular in both cases, awarded in individual cases.

For a long time Nero d'Avola was generally regarded as a blend wine. And even today, red wine has lost nothing of its potential for cuvées. The dense structure and ruby red colour complement the character of Merlot or Syrah. Nero d'Avola Merlot IGT 2017 from the Vaccaro winery, for example, presents itself with strong fruit and a velvety body - with the strengths of Nero d'Avola and Merlot. No less popular is the composition of Nero d'Avola and Syrah. Well-balanced and full of temperament, the cuvée convinces with Italian cuisine - specially matured cheeses - or simply for enjoyment.

The versatile small and dark grapes are also the first choice for the vinification of rosé wines in Sicily. They give the rosé a playful lightness that enriches sunny days and whimsical nights with fully ripe and sparkling fruit. In addition to the refreshing minerality and the characteristic notes of raspberry and blackberry, it is the casual taste that makes Nero d'Avola Rosé wines a sun-drenched taste experience.

The village of Marsala, famous throughout the world, also uses the Nero d'Avola grape variety to create more structure and an inviting colour in its dessert wine Marsala. 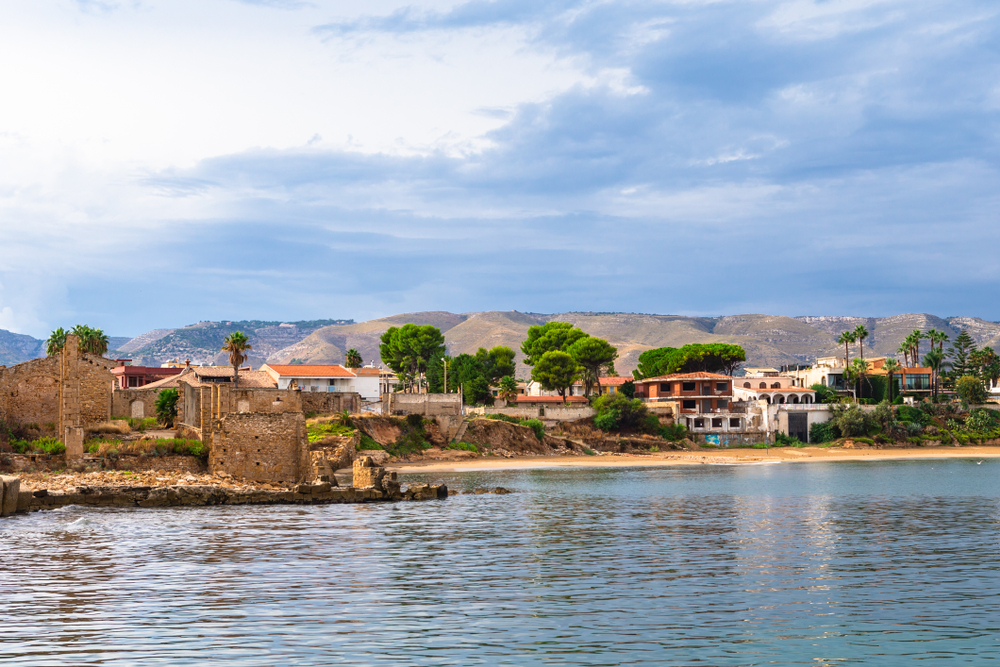 The centre of Nero d'Avola is of course Avola, the Sicilian town in the southern province of Syracuse. Wine has been grown here since ancient times, not least thanks to the Greek colonists, who cultivated vines from Syracuse to Taormina. In almost all of Sicily, the vineyards are covered with Nero d'Avola. Only around the Etna the grape variety is not cultivated. Noto and Pachino are other renowned wine regions, from which some of the best Nero d'Avola red wines originate. The sunny and dry weather as well as the nutritious volcanic soil of Sicily, rich in pebbles and clay, is simply predestined for the traditional grape variety. The stony subsoil provides the vines close to the ground with warmth even at night, until in September the full ripeness ends in the harvests by hand.

Thanks to the dark body, the name Nero d'Avola has developed, which translates to black from Avola. The second name - Calabrese - suggests an origin from Calabria, but has probably other origins. The first mention of the grape variety was made in 1696 by the botanist Francesco Cupani under the name Calavrisi, which is dialect for Calabrese. This name could indicate Calaulisi, which in turn can be derived from Caia Avola - the grape from Avola.

Another theory suggests that merchants traded Nero d'Avola wine from Sicily as Calabrese, since Calabria produced much more popular wine in those days. This has already happened to Sangiovese or Canaiolo Nero, whose synonyms include Calabrese. Other synonyms for Nero d'Avola are Calabrese d'Avola, Calabrese Dolce, Niureddu Calavrisi and Calabrese di Vittoria.

Wherever the name comes from, the Nero d'Avola comes mainly from Sicily. Although also Australia, the USA and Malta cultivate one or the other vineyard with Nero d'Avola.

The Sicilian Nero d'Avola is generally regarded as a very high-quality red wine. Nevertheless, the wines develop in many ways according to the local terroir, and some appellations have been crowned with DOC (Denominazione di origine controllata) and IGT (Indicazione Geografica Tipica) or IGP (Indicazione Geografica Protetta) status. The Nero d'Avola red wines from the picturesque baroque town of Noto, in particular, have an international reputation in addition to their DOC status. In parallel, numerous Nero d'Avola red wines are also vinified as IGT - now IGP. The IGT red wines have already earned many awards, such as the gold medal at the "International Wine & Spirit Competition". Consistently high quality, best growing conditions and excellent work in the wine cellar - the Nero d'Avola wine is an outstanding Italian red wine, which knows only one way in the future: from the glass to the palate. 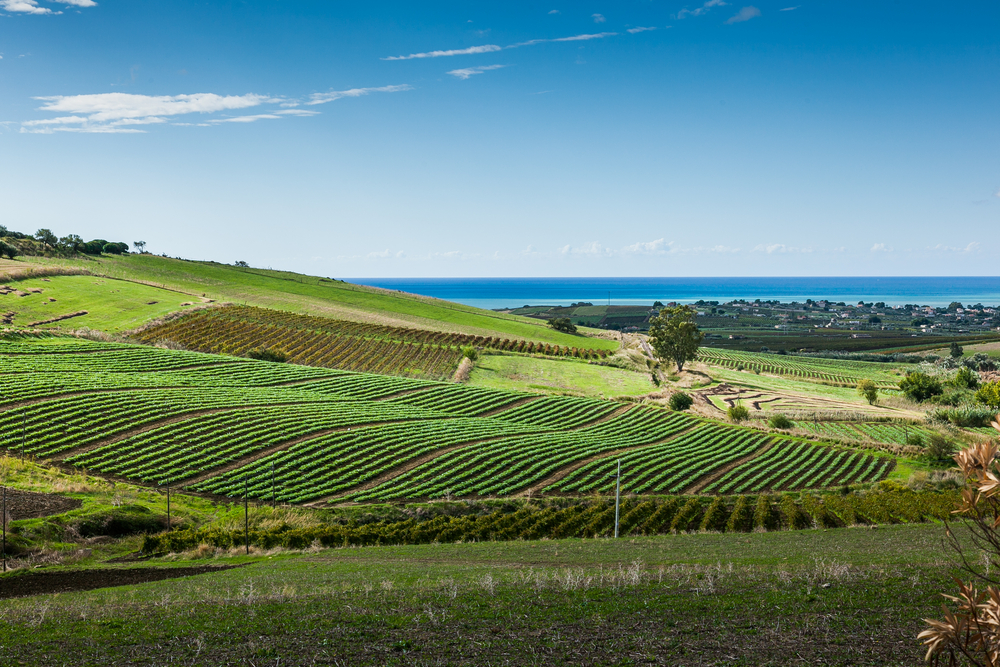 Nero d'Avola is a traditional and high quality grape variety, native almost exclusively to the island of Sicily. Today, more than 20,000 hectares of the area under cultivation are planted with the noble vine. Nero d'Avola wine used to be considered a blend wine, but since the 1990s the red wine has gained international renown. Nero d'Avola is mostly produced as a red wine, but is also becoming more and more popular as a rosé wine. Other names for Nero d'Avola are Calabrese, principe Siciliano, Calabrese Dolce, Calabrese di Vittoria and Niureddu Calavrisi.

Nero d'Avola red wines have a good ageing potential. It is advisable to drink the wine within the first 5 to 7 years, but some robust wines offer a long ageing capacity of up to 10 years. To ensure that Nero d'Avola wine is still enjoyable after this period, it should be stored in a cool, dark and dry place.

An open bottle of Nero d'Avola should be drunk within two days of opening. Otherwise, the level of the bottle determines how long the wine retains its character. If the bottle is still well filled, the wine is kept in the refrigerator and hermetically sealed for up to 7 days. Less quantity means less days - half a bottle will last for another 3 days. With a bottle cap the shelf life of an opened bottle can be increased again.

Nero d'Avola goes well with almost all Italian cuisine. Whether pizza, polenta or grilled dishes - the strong fruit accompanies all kinds of dishes with bravura and taste. A Nero d'Avola from the stainless steel tank is also ideal with roasted saddle of venison with potato gratin or salsiccia.

The drinking temperature for Nero d'Avola red wines is about 16°C to 18°C. In summer, Sicilian wines can also be enjoyed chilled. Simply put the wine in the fridge for about half an hour before opening.

If the wine comes directly from the cellar, it is advisable to chambrage the Nero d'Avola red wine, i.e. slowly bring it to drinking temperature. Transferred into a wine carafe, the wine reaches its ideal temperature and promises a grandiose taste.

You can find the best Nero d'Avola red wines, pure, as cuvée or rosé, on VINELLO.de. Our sommeliers have put together an exquisite selection of Sicilian wines from the traditional Nero d'Avola grape variety for you, which you can easily buy online. We also offer a wide range of payment options so that you can order your favourites according to your wishes. Once your shopping cart is filled, your wines will soon be on the safe, climate-neutral and fast way to your doorstep. Starting from a purchase value of 120€, they will even be shipped free of charge.

You have questions, wishes or need information about the wide world of wine? Our expert staff are available for you under the telephone number 0049 351 469 256 55 or at [email protected]

Discover high quality and characterful Nero d'Avola red wines from the best vintages and selected wineries on VINELLO - your partner for good taste and better enjoyment from the largest Mediterranean island.