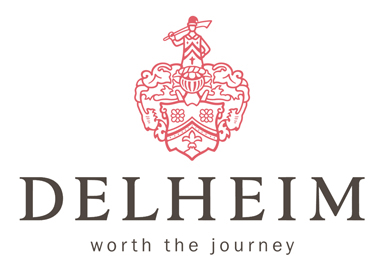 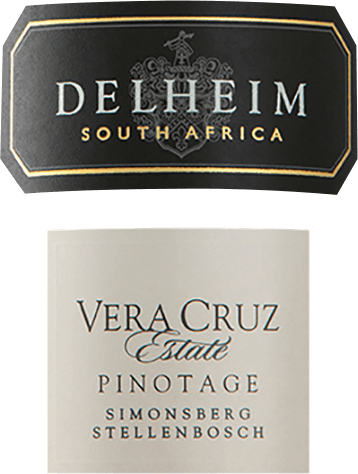 The Vera Cruz Pinotage from Delheim fills the glass with a strong dark colour. Delheim's top wine delights the palate with fruity aromas of black cherry and mulberry peppered with a hint of chocolate. In the mouth this South African pours full and juicy, with a fantastic length before it closes with the round finish.

The Vera Cruz Pinotage was named after Spatz's (owner) wife Vera, who is tirelessly assisting him and has a significant share in the success of Delheim. However, some people also ridicule the fact that the name Vera Cruz, that is Vera's cross, is an allusion to the hardship and drudgery that she has had to bear since her marriage with Sparrow.

Vinification for the Vera Cruz

Hand-picked in the vineyard. Natural fermentation at low temperatures. The cap was pumped over several times a day. Aging in oak barrels (of which 35% new barrels) for 16 months.

We recommend this red wine from Stellenbosch with braised veal cheeks, but also with sauerbraten and game dishes.

Awards for the Pinotage Vera Cruz

Redhill Pinotage 2017 - Simonsig
Simonsig
19.40 €*
Content 0.75 liter(s) (€25.87 * / 1 liter(s))
Content 0.75 liter(s) (€25.87 * / 1 liter(s))
This website uses cookies, which are necessary for the technical operation of the website and are always set. Other cookies, which increase the usability of this website, serve for direct advertising or simplify interaction with other websites and social networks, will only be used with your consent. More information
Decline Accept
Top