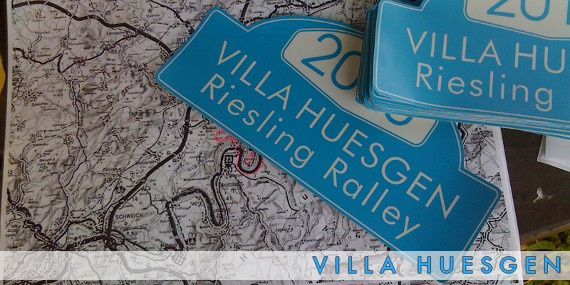 Villa Huesgen - Nine generations of viticulture on the Moselle

In 1735, the long-time merchant Johannes Huesgen from Langenberg founded the success story of Villa Huesgen. With his move to the then important trading centre Traben-Trarbach, the work in the wine business started. Initially, the company mainly traded in fine grape juice, while at the same time continuously acquiring new vineyards and further developing the wine cellars, until five generations later, with Adolph Huesgen Jr. 1904, they finally comprised a full 2000 cask. Now, in the ninth generation, an Adolpg Huesgen is still at the head of the small wine empire on the Middle Moselle. Since 2005, Adolph Huesgen (the Fifth) has inherited the heritage of his ancestors and transposes the quality standards that Huesgen stands for into the 21st century.