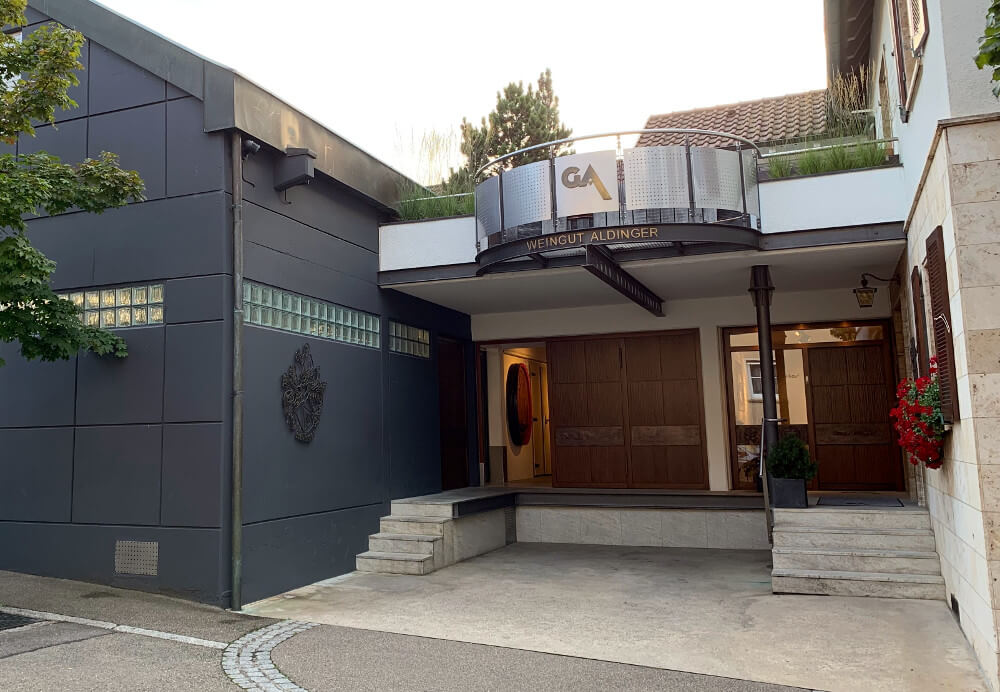 The year was 1492, and while Columbus was discovering America, the Aldinger winery was founded in Fellbach, not far from the city of Stuttgart. Today, there is little to remind us of these far-reaching roots, probably because less than 150 years later, the Thirty Years' War also hit this region hard and Fellbach lost more than half of its inhabitants. At that time, it was Bentz der Aldinger who was the first generation to launch the winery.

Bentz the Aldinger makes the beginning

But neither war nor plague could wipe the Aldingers from the face of the earth, so Gerhard Aldinger, born in 1930, took over the helm of the winery as the 14th generation of Aldingers. The GA in the winery logo, which has remained until today, also comes from him. Finally, his son Gert brought the Aldinger wine estate to the top of Württemberg, even Germany, from 1992 on.

The 16th generation of Aldingers takes over 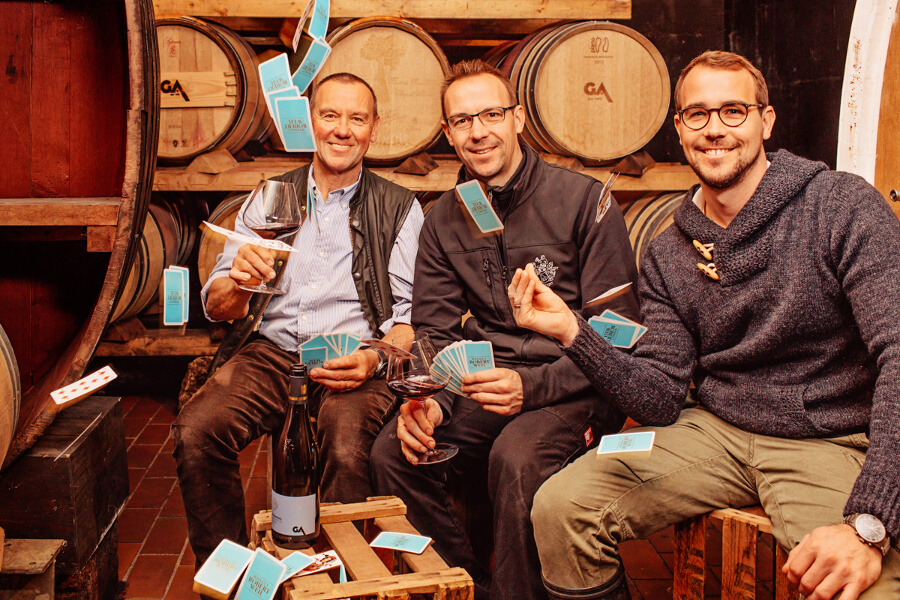 Today, the Fellbach-based Aldinger winery is run by Gert's sons Hansjörg and Matthias, but father Gert is of course still involved. Hansjörg is responsible for the management, while Matthias Aldinger is the cellar master. Today, the Aldinger wine estate is cultivating a total of 27 hectares of vineyards east of Stuttgart, reaching from Bad Cannstatt via Fellbach and Rotenberg to Hanweiler in the northeast.

The Aldinger vineyards in Württemberg

The Aldinger family grows almost 50/50 white and red grape varieties. Almost one third is Riesling, 13% Pinot Noir, 11% Trollinger and 13% Lemberger. Smaller amounts still fall to Cabernet Sauvignon, Merlot and Schwarzriesling. On the white side of the grape variety spectrum, Aldinger has about 5% Chardonnay, Sauvignon Blanc and Pinot Blanc in the vineyards.

These grape varieties are cultivated in the very finest Württemberg vineyards 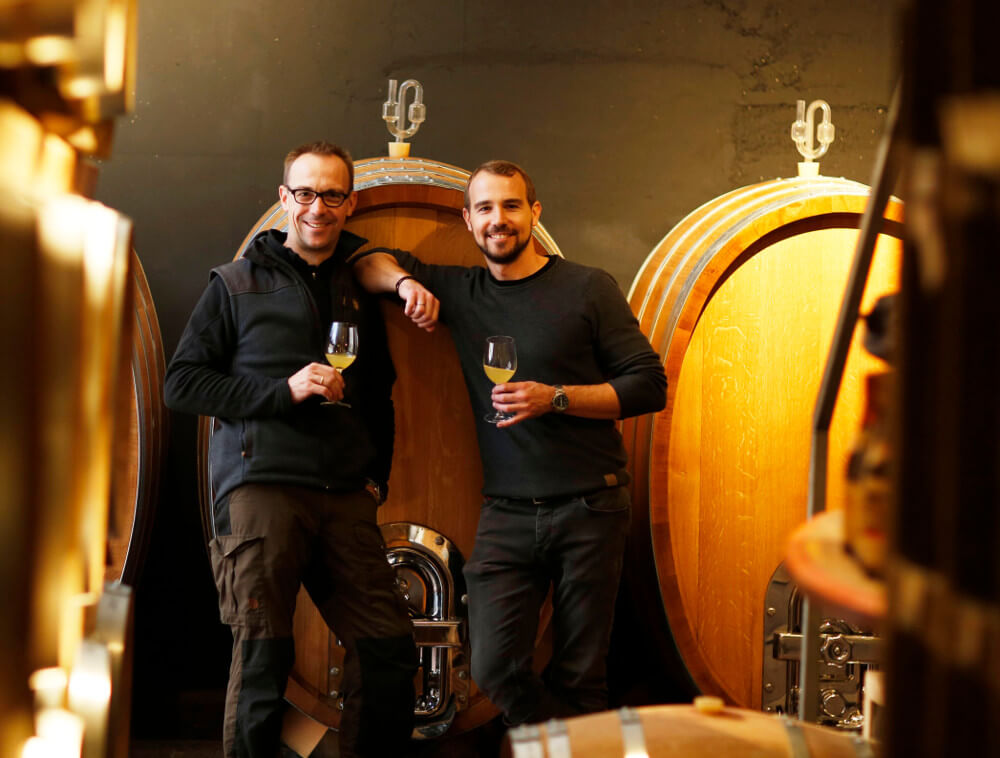 There is no lack of praise and recognition at Aldinger. Just to list the current awards is a mammoth task.