The Dr. Loosen winery has been family-owned for about 200 years. The vineyards along the Moselle can boast of historic great sites, which provide a wonderful prerequisite for world-class Rieslings of the highest quality. 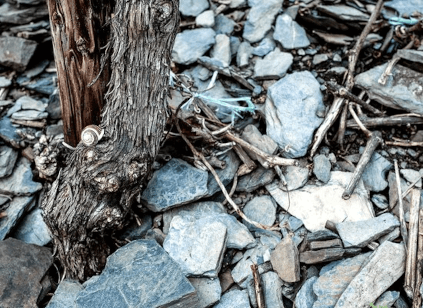 In 1988 Ernst F. Loosen took over the family business. His aim is to create great wines which are characteristic of the climate, soil and grape variety. In 1993, Weingut Dr. Loosen became a member of the VDP (Association of German quality wine estates). In addition to the headquarters, wines are also produced at the Villa Wolf estate.

The expression of the locations and the climatic and geological conditions associated with them is the concern of Ernst Loosen. According to his own words, when he "drinks a wine from our vineyard Wehlener Sonnenuhr, [...] he wants to smell the blue slate that nourished the grapes and taste the fruit associated with this unique terroir".

His ideas are so precise that he thinks through the wines he wants to produce completely beforehand and has a clear vision in his head, in line with the great winemakers he knows and appreciates.

The slopes of the Moselle

The steep slopes of the Moselle facing south are famous for their Riesling, which is produced here. Little shade cast by the slopes with the resulting extensive exposure to sunlight ensures a deep warming of the soil, which releases this warmth again at night, thus providing the grapes with very balanced climatic conditions with little stress.

Slate with a high potassium content dominates the mountains along the Moselle, which gives the Moselle Riesling its mineral character. The long vegetation periods in combination with the heat balance ensure slow grape ripening, which also allows the optimal acidity character for this wine.

Among the well-known sites of the estate are

The desire to discover

Ernst Loosen likes to mature his high-quality wines in wood. This was mainly due to the studies of the historian Karl Christoffel, who found out that in Goethe's time it was quite common to mature Riesling for a long time in barrels, as well as the enjoyment of a bottle of Ürziger Würzgarten from 1947.

He then experimented with such a long maturing process himself, and exploited a 1981 wine until 2008. The result was so astonishing that he continued tasting and ended up with the current figure of 24 months.

Dr. Loosen has something to offer everywhere, from estate wines to local wines and even the Großer Lage. In addition to dry Riesling in various quality levels, we also offer residual sweet varieties, the Réserve line with maturation over 24 months in Fuder and 6 sparkling wines.

Dr. Loosen's wines have already been praised by the trade press, and rightly so, and have already gained recognition beyond the borders of connoisseur circles.